a long time ago i wrote some about eating and sickness. eating in sickness, eating against sickness, eating through and toward sickness. it was and continues to be something of a muddle. as i am currently sick (kaff kaff), i’ve been thinking about eating and non-eating and what barrage of healthing victuals i could subject myself to for maximum effect (suspicious as i am that all is for nought, and my body is going to do whatever it feels like).

peripheral to the realm of actual food, i’ve gotten to the end of both my grapefruit seed extract and oregano oil, two products that i don’t trust entirely in the first place. the first, on the grounds that once during dinner with a person whom i trust about these things (i was having a tea tree tea, which i said tasted like a non-existent grapefruit bubble gum), she claimed that GSE was actually creepily fraudulent, in that it was not so much the grapefruit seed extract itself that did the antibiotic work, but in reality some horrifying chemical that was produced in the process of harvesting its bioflavanoids. as you can tell, i have no idea what i’m talking about, and i still do take the stuff, but tend to look at it askance even while doing so (which is difficult. if you’ve ever tried looking askance at something you’re putting in your mouth, you too will know the risks of pulling some weird eye muscle you didn’t know you had). and oregano oil, which i continue to take despite never in my life finding that it made any goddamn difference to the weeklong recovery i require from even the meekest of colds, i resent because i always feel like i’m this much closer to ruining forever the taste of oregano for myself, and that would be tragic as hell.

as food proper is concerned, i am attempting to consume my weight (or volume) in ginger tea, orange juice, and soups. lacking the wherewithal to get a good bone broth going, i’ve opted for chicken (stracciatella w/ arugula + lemon, actually) and tomato. in the latter case i’ve foregone my usual can-of-campbell’s-with-ten-slices-of-toast route in favour of something a little less sugary, made from a little chicken broth, a ton of raw garlic, and a can of chopped tomatoes, topped with yogurt and raw onions. i don’t know why i haven’t opted for the chip and toast onslaught of which i wrote previously; probably it has to do with feeling like it was “about time” i got sick anyway, and that after a long weekend of late nights and daytime drinking, my body was probably in the right to take measures to slow my ass down. as such, there is no sense of betrayal by the flesh that i need to address.

(and what of “starve a cold, feed a fever”? is there anything to that?)

as i had food-related plans that i had to welch on, another aspect of sickness that i’ve been thinking about is indifferent to, or active disinterest in, food. for myself, this is one of the more obnoxious parts of being sick, and when i am not sick, if a sort of pall of disinterest in food falls over me i take it as a form of spirit-sickness in itself, although whether it is distinct from, part of, or forebodes some kind of depression, i haven’t been careful enough to observe. but what of the flip side of this? to be sick of being made sick by eating? my mother and i have spoken about this, as she is often seeking ways to enliven her interest in food, within the very narrow constraints of the foods that she is able, in her illness to eat, compounded by the relatively limited energy afforded by her state to devote to preparation.

i grew up with a garden in the back yard, homemade yoghurt, granola, and the like, and a household moratorium on the processed and “bought’n” products of the market, fast food and junk food. my mother has always been interested in food, perhaps more for its health properties than the frivolous miscellany that concerns me, and so it is curious, if understandable, to see someone move away from food in this way.

another friend of mine, at a very different point in her life, is registering a similar indifference, even antipathy to food. after years labouring under the assumption that she was to some extent gluten intolerant, she continues to be almost at random assaulted by the food she eats, and her fury, frustration, and i would even call it disillusionment, are understandable. it is in such circumstances that i can comprehend the desire for something along the lines of a space-food-pill, to relieve one of the complexities of their diet, particularly when the internal logic thereof seems maddeningly elusive. for there is something fundamentally disturbing about feeling unable to eat, to feel like one has been betrayed effectively by nature, that the circuit of nourishment has been disrupted or corrupted and a process that should be relatively simple is now mysteriously sinisterly opaque. i hope that when she reads this she does not feel like i am misrepresenting or overdramatizing the situation, i am certainly projecting my own relationship to food into a situation that is not my own, but it is a chilling scenario that evokes for me a time when i was sick seemingly all the time, illogically and unmanageably, and in that state all i began to feel was a profound animosity toward the meaninglessness of the oft-vaunted Harmony of Nature. 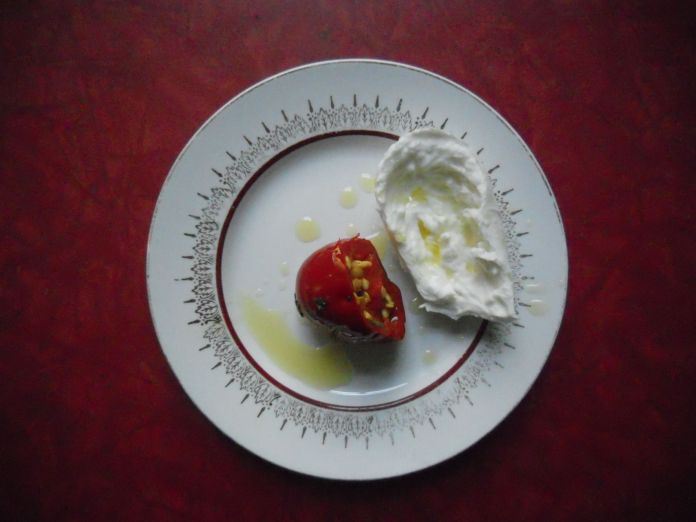 i am not really a “eating one’s feelings” type (more of a “do the tastes, textures, and cultural associations of this food suggest that it could adequately stand in for the feelings which i should probably be feeling right now?” kind of guy). which is not to say that mood and food are not intimately in conversation all the time in my life. when i am feeling blue, if i have my wits about me, i am more likely to choose to eat something which i can tell is just genuinely goddamn good, in an attempt to maybe shock myself, by dint of acute and undeniable pleasure, into a slightly sunnier headspace. this may be seen as a means of distraction, but i am wary of reducing it to distraction alone, for it seems that “eating to distract oneself” has a bad rap in a way that reading Wodehouse or watching Chevy Chase to distract oneself from one’s sorrows does not. for it is not merely distraction but engagement i am seeking, an engagement of other faculties (aesthetic, gustatory) that may be getting neglected or steamrolled by my bad attitude, particularly when it is a sort of miscellaneous funk and/or fear settling upon me that has no real correlate in the world.

last week i was finding myself regularly in such a state, and in such an attempt i turned to pickled cherry peppers + buffalo mozzarella. which was a really good idea. the cherry peppers were The Preservation Society‘s “Cherry Bombs.” i have long been a fan of cherry peppers, but one doesn’t see them very often out of season, or at all, in markets in my end of town, and so i was tremendously excited to discover these, which are effing delicious, and it was on the advice of the preservationicist herself that i just ate that shit straight up with cheese (and olive oil, because olive oil goes on everything. duh.). i’ll have more to say about her wares in a couple of days, not tacked on at the end of a weird, sad, self-indulgent post, so keep your ears pricked.

anyway, didn’t make me feel any better about breaking the drain in the bathroom sink trying to dislodge all the horrifying gunk that tends to accumulate mysteriously therein (there’s not even anyone with long hair who LIVES HERE, what gives?), or breaking the drain in the kitchen sink trying to figure out why, despite the fact that i know it is not clogged further down, it refuses to drain effectively (for those of you who have intimate knowledge of my living situation or have otherwise been keeping tabs, both of the back doors have windows in them again instead of just planks of wood; the telephone now works most of the time, there is still no fan or window in the bathroom, but there -is- still a hole in the wall of the shower that we have covered up with bread bags and duct tape; both of the front doors now have functional doorknobs again; the balcony door now closes with some twine and a watch band), but for a few bright, shining, moments, i felt pretty alright.

i also had a white russian.

a white russian with a Reese garnish. harder to do than it looks. 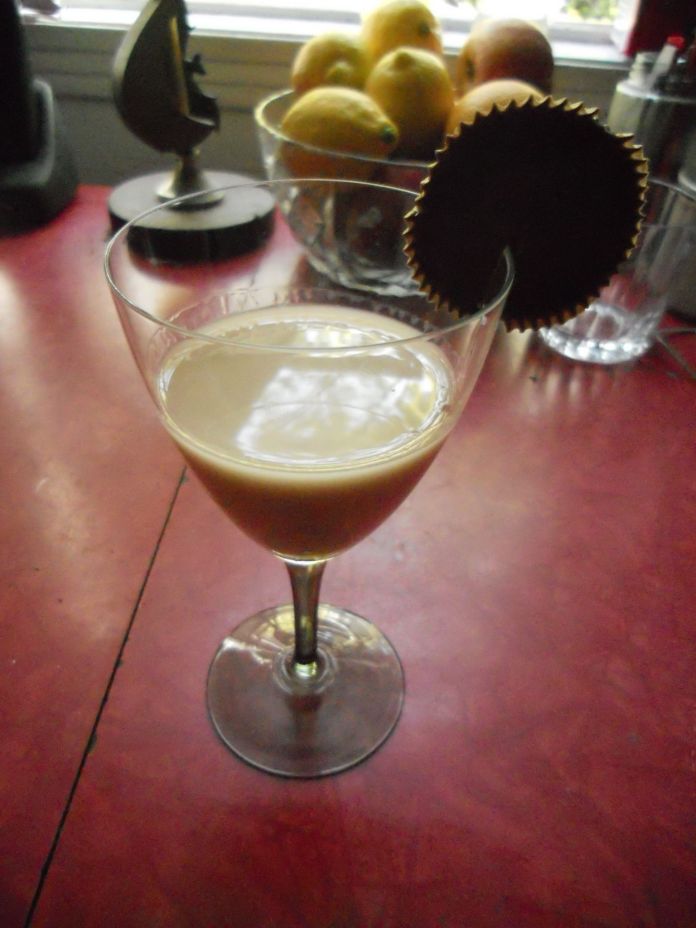 7 thoughts on “Three Kinds of Sickness.”